Lots of diverse sport activities going on. Two weekends in a row a Saturday morning ‘swim meet’ which Eline joined with her swim team. Last weekend the first tennis tournament in which Marinthe participated. And yesterday we watched the Super Bowl like 115 million other ‘Americans’.

Matches in swimming are called ‘swim meets’. A completely new world for us with its own rules and regulations. Fun to be at for a change after so many years of watching field hockey. The people are very nice, it is fun to watch the heats and even getting up early for the practice swim at 7.30 am is all right. For Eline it is fun to join the meets being with a nice group of teenagers and seeing how she improves her time on the 50 yard distance for all the four strokes. 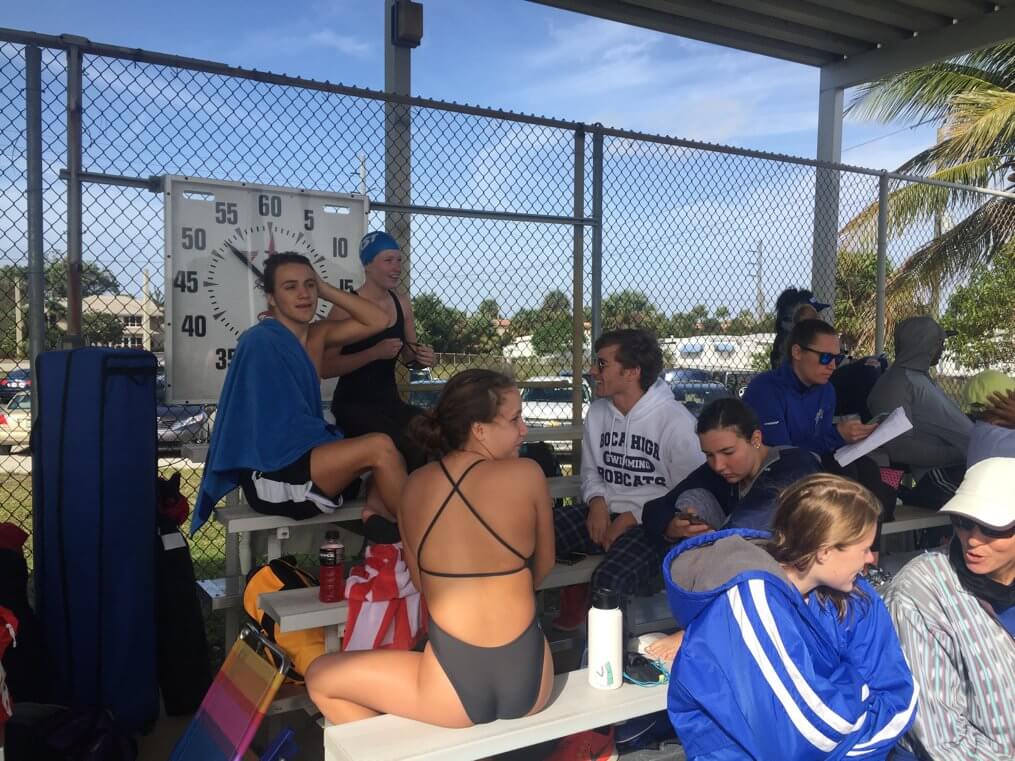 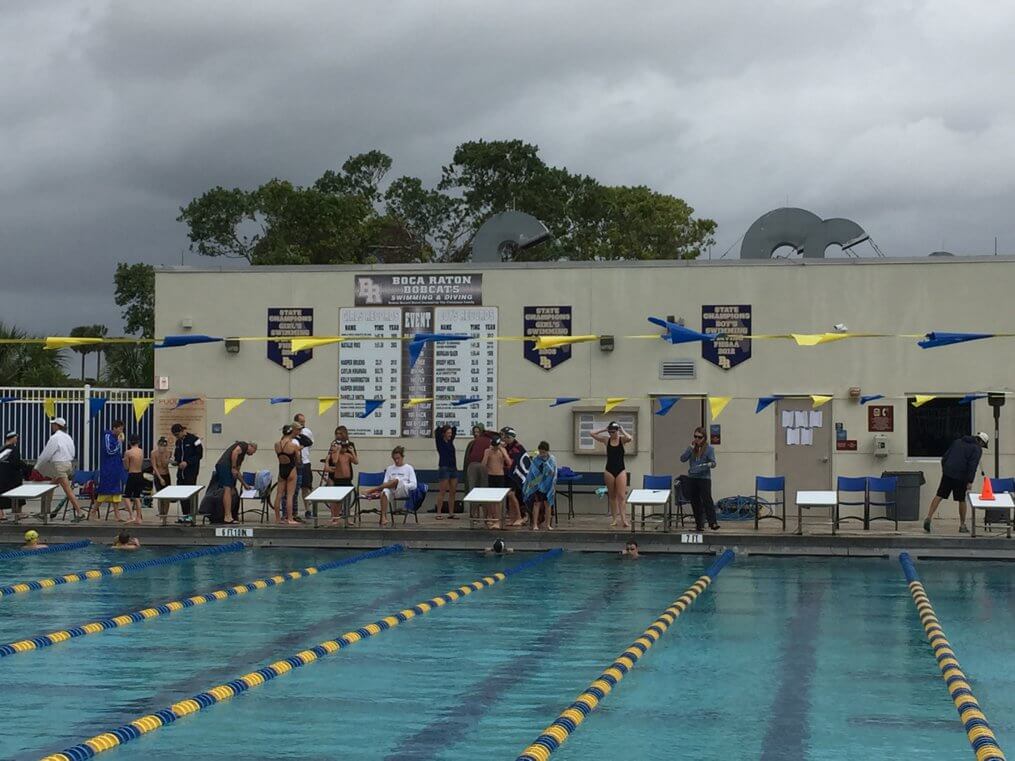 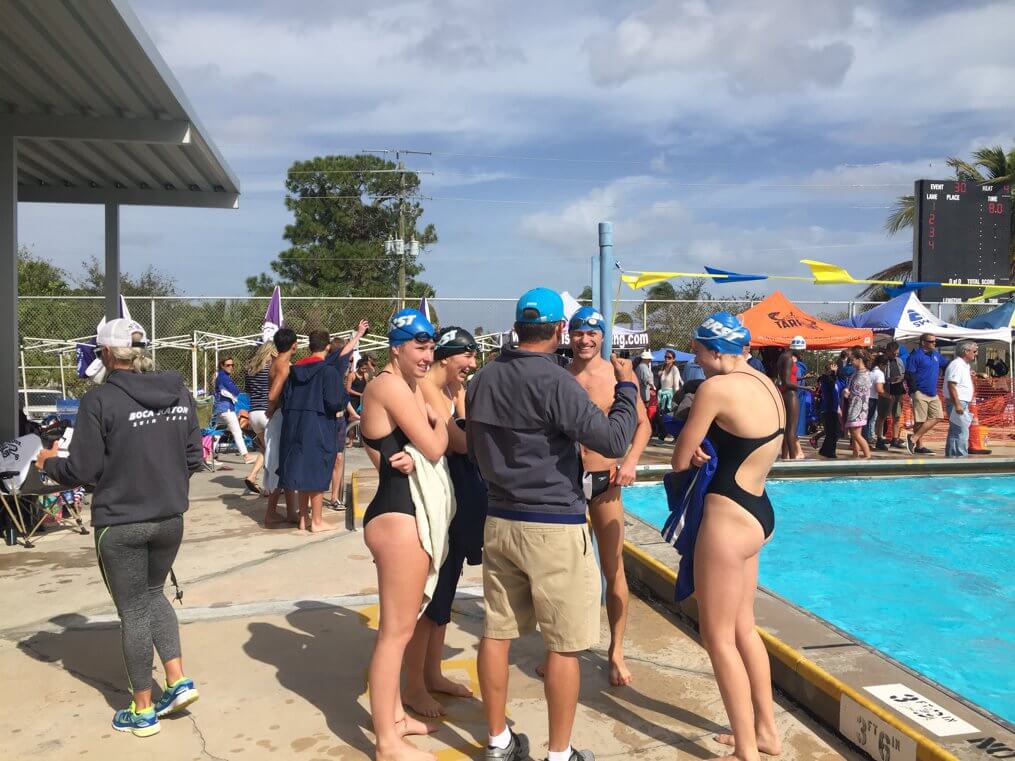 Marinthe played her first USTA tournament in Girls-16. Unfortunately she was not lucky with her opponent. A young girl who hits a lot of high spin balls and moans at each stroke. Not the kind of game Marinthe likes to play. Oh well, it is a first experience. Next weekend another opportunity, hopefully with more luck!

The Super Bowl is a big happening, probably the most watched sports event in this country. Until now we have not watched a football game for more than 5 minutes, but we feel that this is something we should watch while living in this country. We didn’t know the rules, so we looked at some YouTube tutorials. That helped; we actually really enjoyed watching the full game for 4 hours. With a funny effect of a 30 sec. delay in our broadcast (watching BBC1 with a VPN connection and Ziggo needs two ocean crossings) compared to the NBC broadcast at our neighbours. We heard them cheer 30 secs ahead and knew they favor the Eagles. On our TV we don’t have the paid NBC channel. The good thing about watching BBC1 is that they don’t have commercials but nice background discussions with some famous former football players. The halftime show was put on by Justin Timberlake. According to the commentators it is one of the best Super Bowls since a long time. With lots of yards covered. Lucky us, we really liked watching it.

Mira is doing her usual things: gym classes three times a week with rather tough practices and attending English lessons every weekday. Also reading books; I really like the new book of Isabel Allende ‘In the midst of winter’. Will be available in Dutch this month … it is worth reading! And I investigated the Attainable Adventure Cruising website for learning more about weather prediction while sailing. That really helps me to do it in a more structured way then I have until now. I will tell you more about this in a future post. 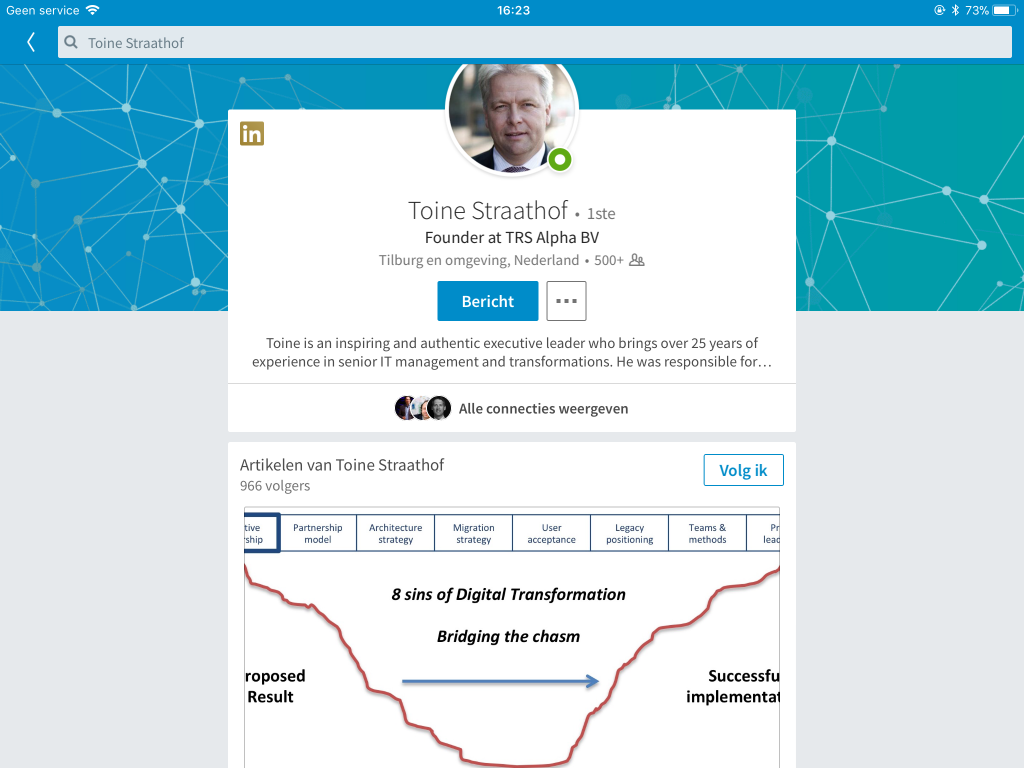 Toine had a fruitful visit in the Netherlands, with lots of prospects going on. Exciting to see what will come out of this. He published the first part of his eight-part paper on LinkedIn. With a lot of hits already. It takes time to set up one’s own business, but we both have the feeling that a nice job will come out of all the current prospects.

Last weekend we had a very nice catch up with Dan and Kathy visiting us on Sunday. Dan is a former colleague of Toine, we stayed with in Annapolis during our 2010 Atlantic round-trip. Very nice to see them again, and lots of things to talk about. We have plans to visit them in Annapolis for a weekend sometime this spring.